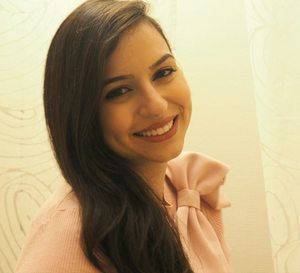 Salwa Kobeissi is a PhD student at Inria, particularly, on its project team CAMUS.
She is based in Strasbourg, France, as a member of the research team ICPS at the ICube Laboratory.
Accordingly, she is enrolled in the PhD program in computer science at the University of Strasbourg.


She is working on her thesis under the supervision of Professor Philippe Clauss.
Her doctoral research work is concerned with compilation, parallelization and optimization of programs.

Previously, she earned a Bachelor of Science degree in computer science with an academic minor in mathematics from the Lebanese American University in 2014, Beirut, Lebanon.


Afterwards, she pursued her graduate studies and held a Master of Science degree in computer science from the American University of Beirut in 2016, Beirut, Lebanon.
She completed her master's degree with a teaching and research experience for she was a graduate teaching and research assistant during her studies.
Her master research work was focused on formal methods, software engineering, and parallel and distributed computing, and it was supervised by Professor Mohamad Jaber and Professor Yliès Falcone.